TV Ads are Increasing and Changing The first television advertisement was broadcast in the United States on July 1, 1941.  The watchmaker Bulova paid $9.00 for a placement on New York station WNBT before a baseball game between the Brooklyn Dodgers and the Philadelphia Phillies.  The 20 second spot displayed a picture of a clock superimposed on a map of the United States accompanied by a voice-over “America runs on Bulova time.”

Television advertisements appear now between shows, but also interrupt them at intervals. Entire industries exist that focus solely on the task of keeping the viewing audience interested enough to sit through the advertisements.   However, advertisements take airtime away from programs.  Commercial breaks have also become longer.  In the 1960s a typical hour long American show would run for 51 minutes excluding the advertisements.  Today, a similar program would only be 42 minutes long.  A typical 30 minute block of time now includes 22 minutes of programming with 8 minutes of advertisements.  In other words, over the course of 10 hours, the American viewers will see approximately 3 hours of advertisements!  To make matters worse, the content of the show may be edited or cut by as much as 9 minutes to make room for extra advertisements.

In the United States, the TV advertisement is generally considered the most effective mass-marketing advertising format.  During the annual Super Bowl, the average cost of a single 30 second TV spot has reached the cost of $3 million dollars as of February 2011.  During the 2007-08 season of Grey’s Anatomy, the cost of an advertisement reached $419,000.  The number of viewers within a target demographic is more important to ad revenues than total viewers.  In general, advertisers covet the 18 to 49 age demographic.

Despite the popularity of some advertisements, many consider them to be an annoyance for a number of reasons: the sound in many cases tends to be higher, the increasing number of repeat advertisements during the same program, and the placement of advertisements that often cut into certain parts in the regular programming that are either climaxes of the plot or a major turning point in the show.

Television advertising is also changing.  It goes to the biggest players with the biggest pockets.  During the first 7 months of 2009, $31 million dollars was spent on roughly 47,000 TV ads on health care.  That is double the roughly $14 million dollars spent by the insurance industry during the entire years of 1993 and 1994.  Pharmaceutical companies are playing into every fear and every illness, real or imagined, as never before.  The number of pharmaceutical ads in prime television has risen so dramatically that they are all but impossible to ignore.  Do you have restless leg syndrome? Erectile dysfunction? Skimpy eyelashes?  No matter what you have, or suspect that you have, there is a pill for it.  That is not to say that all prescription medications are bad, or that patients should not have access to information.  But the constant bombardment of ads telling us that the answer is in a pill is escalating our penchant for pill popping hypochondria.

Many people predict a change in the TV will be broadcast in the years to come.  However, in the short run we can expect more of the same as television advertisement is too lucrative of a market.  TV advertisement still runs approximately $69.8 billion dollars out of a national advertising figure of $284.8 billion dollars.  We may have a few more years of looking at the Energizer Bunny. 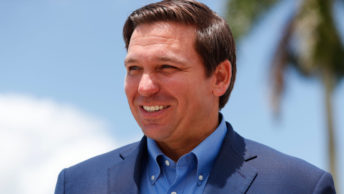