Whatever Happened to Critical Thinking?
Share:FacebookTwitterLinkedInEmail

Whatever Happened to Critical Thinking? When Arthur was in the first grade, the teacher directed the class to “think.” “Now, class,” she said, “I know this problem is a little harder than the ones we’ve been doing, but I’m going to give you a few extra minutes to think about it. Now start thinking.”

It was not the first time Arthur had heard the word used. He’d heard it many times at home, but never quite this way. The teacher seemed to be asking for some special activity, something he should know how to start and stop—like his father’s car. “Vroom-m-m,” he muttered half aloud. Because of his confusion, he was unaware he was making the noise.

Embarrassed and not knowing quite what to do, he looked down at his desk. Then, out of the corner of his eye, he noticed that the little girl next to him was staring at the ceiling. “Maybe that’s the way you start thinking,” he guessed. He decided the others had probably learned how to do it last year, that time he was home with the measles. So he stared at the ceiling.

As he progressed through grade school and high school, he heard that same direction hundreds of times. “No, that’s not the answer, you’re not thinking—now think!” And occasionally, he would hear from particularly self-pitying teachers given to talking to themselves aloud: “What did I do to deserve this? Don’t they teach them anything in the grades anymore? Don’t you people care about ideas? Think, dammit, THINK.”

So Arthur learned to feel somewhat guilty about the whole matter. Obviously, this thinking was an important activity that he’d failed to learn. Maybe he lacked the brain power. But he was resourceful enough. He watched the other students and did what they did. Whenever a teacher started in about thinking, he screwed up his face, furrowed his brow, scratched his head, stroked his chin, stared off into space or up at the ceiling, and repeated silently to himself, “Let’s see now, I’ve got to think about that, think, think (I hope he doesn’t call on me), think.” Though Arthur didn’t know it, that’s just what the other students were saying to themselves.

Note: The preceding paragraphs are from a textbook I wrote in 1975, titled Beyond Feelings: A Guide to Critical Thinking. The passage introduced an explanation of what Critical Thinking is and what mental strategies produce it.

The situation I whimsically described had been all too real since the early 20th century. Teachers talked a lot about thinking but never instructed students in how to do it or how to recognize it when others displayed it. In the late 1970s and the 1980s, the Critical Thinking Movement got a great deal of attention. Many colleges and more than a few high schools developed courses in it.

Making critical thinking central to entire departments or curriculums proved much more difficult, however. Like most people in other areas of endeavor, many teachers were too set in their ways to change their approach, even after seeing that having students examine and evaluate ideas is more meaningful than cramming their heads full of names and dates and places.

Educators in the Critical Thinking Movement kept trying to achieve the larger change in teaching, but three other developments thwarted their efforts. One was the self-esteem movement that required teachers to heap praise on students regardless of the quality of their work. All criticism became anathema, including the criticism involved in separating sound ideas from nonsense.

The second development was the mistake of believing that talking about something is the same as doing it. Once the term “critical thinking” entered the educational lexicon, thousands of people who hadn’t the slightest idea what comprised it began sprinkling it in their writings. (A similar phenomenon occurred with the concept of “quality management.”) Soon almost every school mission statement boasted of the commitment to teaching critical thinking. Pick up any educational reform proposal promoted over the last few decades and you’re certain to find the term in boldface type. Meanwhile, the great majority of educators continued to tell students what to think and require them to regurgitate it on exams.

The final blow to critical thinking has been the political correctness epidemic that insinuated its anti-intellectual message into every corner of social discourse. And the moment it became offensive to say anything that might conceivably hurt someone’s feelings, it became dangerous to think anything that could do so. Political correctness has effectively vanquished critical thought.

To sum up, “Arthur” had a lot of company not just in the early 20th century when thinking instruction was absent from most schools, but also from the late twentieth century to the present when such instruction has been lauded but ignored. The result is a paucity of problem solvers and decision makers in every social institution, perhaps most notably in government. 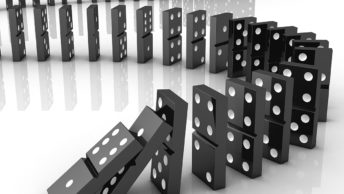