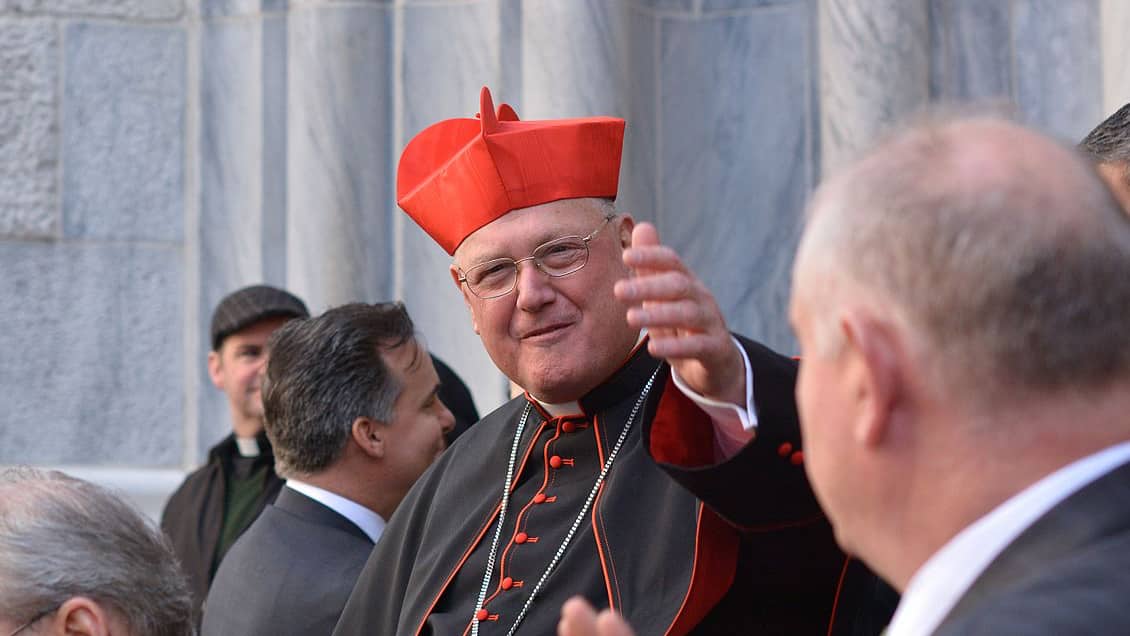 The loyalty of Democrats to their party is both fascinating and puzzling. Their elected officials can allow cities to sink deeper into poverty and lawlessness—think Chicago and Detroit—radically change their viewpoints on major issues—think abortion and border security—and forget their campaign promises the moment they win election. Yet Democrat voters keep returning them to office.

A full explanation of this phenomenon would require a thorough psychological study, but the writings of Timothy Cardinal Dolan, a leading Catholic prelate, provide a partial insight.

On September 5, 2017, Dolan wrote a strong objection to the Republicans’ rescinding of DACA  (Deferred Action for Childhood Arrivals), calling the action “an ominous development” that is “contrary to the spirit of the Bible and of our country, and a turning away from the ideals upon which our beloved country was founded,” adding that “laws were made to serve people, people were not made to serve laws.”

Two days later, on September 7, 2017, the Cardinal doubled down on his position concerning DACA by making what he called “The case for a fair U.S. immigration policy.” He began by recalling a “vivid” memory from 1957 when he was seven years old—the arrival of four Irish nuns in his Missouri hometown and the extraordinary welcome “these newcomers,” “these strangers,” “these immigrants” received.

This memory of the nuns was the hook on which the rest of the essay was hung. He proceeded to hold forth at length on the Statue of Liberty, the Old Testament and the New; Fifth Avenue parades “celebrating” immigrants from a great variety of countries; the flag; and the longing for citizenship. He ended with a rhetorical flourish that underscored his belief “in the Bible and in America.”

What the Cardinal wrote was crammed with emotion but no trace of wondering about the legitimacy of his “hook.” Surely the Irish nuns he remembers so fondly didn’t get here by swimming across the Atlantic Ocean or even across a river like, say, the Rio Grande. Nor did they violate the laws of our country in coming. Unlike illegal immigrants, they came here legally. In other words, the hook didn’t—and still doesn’t—support the weight of his message.

Four months later, on January 25, 2018, the Trump administration issued a “White House Framework on Immigration Reform & Border Security” with four provisions that, by all that is logical, should have prompted a loud “Halleluiah” from Cardinal Dolan. Here is the White House text:

BORDER SECURITY: Securing the Southern and Northern border of the United States takes a combination of physical infrastructure, technology, personnel, resources, authorities, and the ability to close legal loopholes that are exploited by smugglers, traffickers, cartels, criminals and terrorists.

ELIMINATE LOTTERY AND REPURPOSE VISAS: The Visa Lottery selects individuals at random to come to the United States without consideration of skills, merit or public safety.

This Framework’s generous handling of the DACA issue, it’s emphasis on the nuclear family, and its “repurposing” of visas was clearly consistent with traditional Catholic teaching—for example, with the National Catholic Welfare Conference Letter of January 1924 calling for an emphasis on immigrants’ “literacy and skill and general fitness for citizenship.” It was also in harmony with Saint John Paul II’s view that “illegal immigration should be prevented, but it is also essential to combat vigorously the criminal activities which exploit illegal immigrants.”

Alas, the Democrat members of Congress rejected the Trump framework. In doing so, the leading Democrats revealed their inconsistency, some would say hypocrisy, in railing against the very border protection they had championed in 2006. This group included Schumer, Pelosi, Obama, Kerry, Biden, and Hillary Clinton.

At that point, one might expect Cardinal Dolan to have protested the Democrats’ rejection of the framework as strongly as he had the Republicans’ rescinding of DACA. However, a check of Dolan’s Archdiocesan website from January 18 to February 4 revealed no response to the Trump framework for immigration reform. This silence seems to suggest that the Cardinal’s political loyalty to the Democrats took precedence over his concern for DACA.

It would be hard to imagine a more perfect moment for Cardinal Dolan to urge Catholics to question whether the broader Democrat platform deserved their loyalty. Yet he did not do so. (Nor did many other prelates.)

Why has the Cardinal’s loyalty to the Democrats remained so constant? A remark he made in discussing Democrats’ abandoning of Catholics may provide a clue:

I remember my own grandmother whispering to me, “We Catholics don’t trust those Republicans.”

Evidently that remark has had a much deeper impact on him than he realizes. I say this not only because of his present refusal to criticize Democratic leaders for their irresponsible attitude toward illegal immigration, but also for his own irresponsible views on the subject, notably expressed iin his 2012 booklet True Freedom. (See my analysis of it.) In that publication, he spoke of “a roar of hate,” “clenched fists,” “gritted teeth,” and the “Nativistic side of our nature.” Though he did not mention the person he was associating with those vicious images, he was likely referring to then-Presidential candidate Mitt Romney!  What had mild-mannered gentleman Romney said or done that would prompt such an association? What sin was worthy of such full-throated condemnation? Nothing that I can think of . . . except his being a Republican.

Whether Cardinal Dolan was giving expression to his grandmother’s whispered words, no one can say. But what can be said with certainty is that ideas given to children by those they love have the power to shape their perspective for years, even a lifetime. Equally important, ideas expressed by those in highly respected positions—such as members of the Church hierarchy who are often presumed to speak for God Himself—can shape the perspective of many more individuals, young and old.

This essay began by posing the question of why so many Democrats continue to support Democrat officials even when they are foolish and hypocritical and behave in ways that harm the country and its citizens. Among the answers that can be plausibly given, I believe the saddest one is that too many Democrats continue to cling, come what may, to the stereotypes and prejudices acquired in their youth or borrowed in adulthood from people they trust.