But It’s Only an Oath
3 comments
Share:FacebookTwitterLinkedInEmail 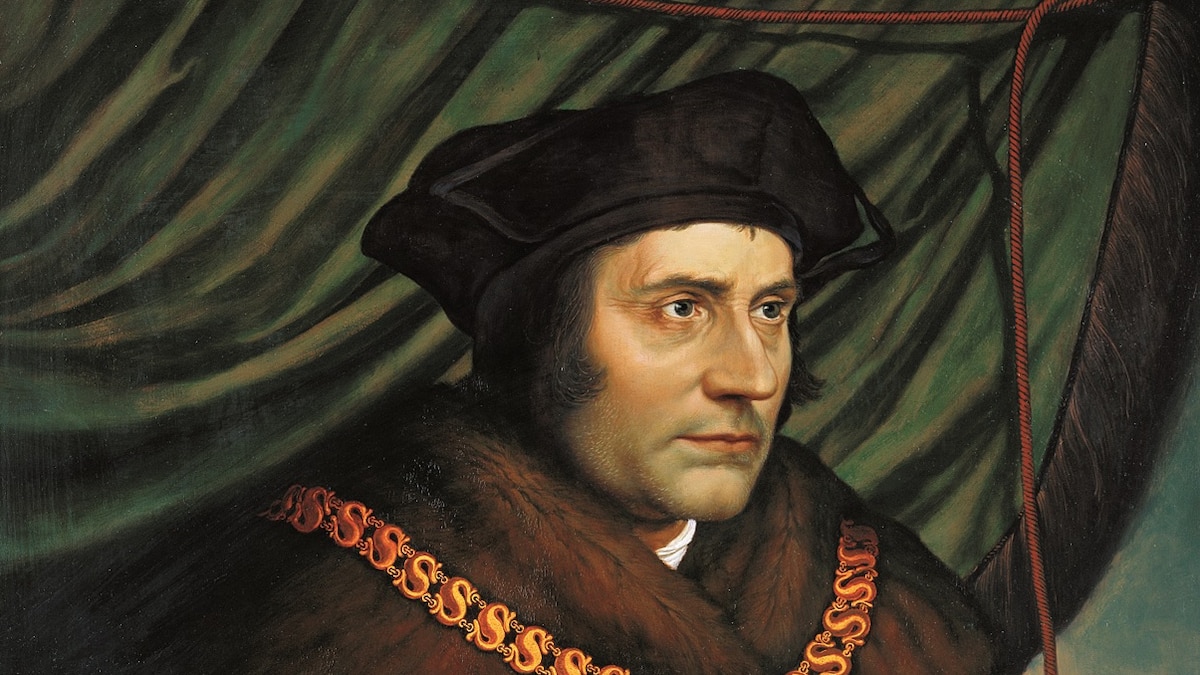 In a scene from Robert Bolt’s wonderful play A Man for All Seasons, Thomas More is incarcerated in the Tower of London because he refuses to take an oath acknowledging the supremacy of King Henry VIII over all foreign leaders, including the Pope. But More has already taken an oath pledging his loyalty to the Church.

Margaret (Meg), More’s daughter, sees the gross injustice of the king’s insistence upon the oath and is searching for any means that might free her father from jail and save his life. She visits him in his cell, and the two have the following conversation:

Margaret: “God more regards the thoughts of the heart than the words of  the mouth.” Or so you have always told me.

Margaret: Then say the words of the oath and in your heart think otherwise.

More: What is an oath then but words we say to God?

More: Do you mean it isn’t true?

More: Then it’s a poor argument to call it “neat,” Meg. When a man takes an oath, Meg, he’s holding his own self in his own hands. Like water. (He cups his hands) And if he opens his fingers then—he needn’t hope to find himself again. Some men aren’t capable of this, but I’d be loathe to think your father one of them.

Margaret: In any State that was half good, you would be raised up high, not here, for what you’ve already done. It’s not your fault the State’s three-quarters bad. Then if you elect to suffer for it, you elect yourself a hero.

More: . . . If we lived in a State where virtue was profitable, common sense would make us good, and greed would make us saintly. And we’d live like animals or angels in the happy land that needs no heroes. But since in fact we see the avarice, anger, envy, pride, sloth, lust and stupidity commonly profit far beyond humility, chastity, fortitude, justice and thought, and have to choose to be human at all . . . why then perhaps we must stand fast a little, even at the risk of being heroes.

More did “stand fast,” refused to take the oath, and was beheaded. It was a tragic ending for such a gifted man, but his actions eventually led to his canonization.

There was a time when most people took oaths seriously. Today many people look upon oaths as quaint relics from the past—interesting but not relevant. As a consequence, oaths, whether taken in a church setting or in a courtroom, are often tossed aside like yesterday’s newspaper. Dying to honor an oath? Not likely.

And that brings me to a situation in my own life that I find disturbing. One of my nephews was raised Catholic, and while in college, met his future bride. Even though she was Lutheran, they chose to be married in a Catholic church.

After about a year of marriage, they had a baby boy. He was baptized in the same church where the wedding took place, and I was honored to be a witness. So far, so good.

Years went by, and I didn’t have a lot of contact with my nephew and his family, although I would see them occasionally at holiday gatherings. During those years I thought his son was being raised in the Catholic faith. However, a few weeks ago my nephew admitted to me that he was not practicing the Faith anymore. I had little time to talk with him at the time, but I urged him not to give up on the Church.

A few weeks later I received an invitation to attend his son’s confirmation–in a Lutheran church. And it is this which brings me to the subject of oaths.

Both my nephew and his wife vowed (took an oath) to raise their son Catholic, and now they have clearly broken that vow. What’s worse is that they are asking me to affirm their decision by attending the ceremony. Of course, that is not an option for me.

Now my nephew and his wife are not evil people, and I believe that they invited me with all good intentions. I’m sure it never crossed their minds that their decision would put me in an untenable position.

Their decision to break their vow leads me to consider the following questions:

I’m inclined to give my nephew and his wife the benefit of the doubt. It is possible that they never considered the significance of making a vow and the ramifications of casting it aside. After all, they were very young at the time of their Baptismal vow, and my guess is that their priest spent little or no time discussing the importance of a vow. I would rather attribute their actions to ignorance rather than willful defiance. But they have committed a serious sin, and their son is being denied his rightful spiritual heritage. I will pray for them.