Dr. Cyr is a 1966 graduate of UCLA and received a Ph.D. with distinction in political science from Harvard University in 1971. At Harvard, he was a Frank Knox fellow in England, an NDEA Title IV fellow, and a teaching fellow. 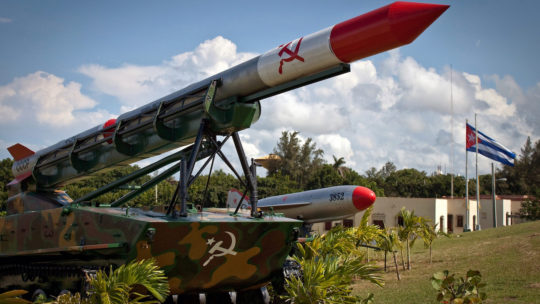 Six decades ago, the Cuban Missile Crisis brought the world to the very brink of nuclear holocaust. During October 22-28 1962, Washington and Moscow sparred on the edge of thermonuclear war.  The lessons remain of fundamental importance. They...

“Nattering nabobs of negativism,” is probably the most enduring of the many alliterative pronouncements of Spiro Agnew, Vice President in the Nixon administration until forced to resign because of corruption. This particular phrase, penned by Nixon... Giving thanks is a fundamental practice in Christianity, including the Catholic Church, and other religions. Ecumenical expressions of gratitude characterize American history. They include the legendary autumn feast held by the Pilgrim settlers in...