35 of Ayn Rand’s Insightful Quotes on Rights, Individualism, and Government 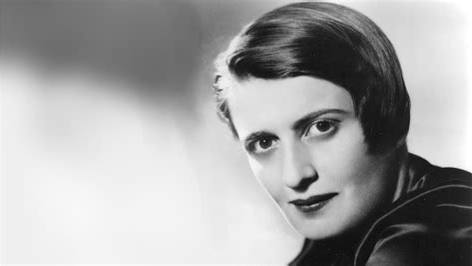 Alisa Rosenbaum was one of the most controversial writers in America’s history. Why, then, have few people heard of her? Because both people’s plaudits and their intemperate attacks have been aimed at the new name she adopted after leaving Russia for America—Ayn Rand.

Her influence is beyond question. She sold more than 30 million books, and decades after her 1982 death, hundreds of thousands more sell each year. Atlas Shrugged has been ranked behind only the Bible as a book that influenced readers’ lives.

Some are devoted enough that Randian has become a descriptive term. Others use her name only to disparage opponents. Still others disagree with some of her ideas (e.g., while Rand was an often-strident atheist, capitalism is clearly defensible on Christian principles, and most historical defenses of liberty employed Christian rationales which conflict with Rand’s reasoning), yet find a great deal of insight in her analysis of liberty, rights and government.

As we mark the anniversary of Rand’s February 2 birth, consider some of her most insightful words:

However much some adore Ayn Rand and others despise her, those who seek wisdom wherever it can be found will find serious food for thought in her words on liberty, rights and government.

When so many promote the cognitive dissonance of pursuing supposed collective or social “justice” by the unjust expedient of violating the rights of individuals who make up society, she can stimulate our thought about foundational questions. And that is crucial, because, as George Mason said, “No free government, or the blessings of liberty, can be preserved to any people but by… frequent recurrence to fundamental principles.”

Gary M. Galles is a Professor of Economics at Pepperdine University and a member of the Foundation for Economic Education faculty network.