A Silent Night in 1914
Share:FacebookTwitterLinkedInEmail A few years ago, in early December, my wife and I attended the musical All is Calm: The Christmas Truce of 1914. It was a wonderful production of what was probably the second most ironic event in the history of the world. In what would amount to the bloodiest war in recorded history, thousands of soldiers found it in their hearts and souls to recognize the approaching birth of the Savior of the World.

This a capella musical documents a true and all too brief period of time during World War I on Christmas Eve. At dawn, only months into the war, after hearing and trading carols across the trenches, a German soldier crossed the lines of the Western Front into no-man’s-land wishing a Merry Christmas in native tongues. Seeing that he was unarmed, British and French soldiers eventually did the same. They ended up meeting in the middle where they exchanged gifts of puddings and cigarettes, sang songs, played a little soccer, and together buried their dead.

One can only imagine how this blessed Christmas Eve 102 years ago, contrasts with our own day when stores, businesses and advertisements are not allowed to even mention the name of Christ on his own birthday.

The play was based on what history has called The Christmas Truce, Weihnachtsfrieden in German and Trêve de Noël in French. It was a series of widespread but unofficial ceasefires along the Western Front around Christmas 1914. In the week leading up to the Holy Day, German and British soldiers crossed trenches to exchange seasonal greetings and talk. In areas, men from both sides ventured into no man’s land on Christmas Eve and Christmas Day to mingle and exchange food and souvenirs. There were joint burial ceremonies and prisoner swaps, while several meetings ended in carol singing.

Men played games of football with one another, giving one of the most enduring images of the truce. However, the peaceful behavior was not ubiquitous; fighting continued in some sectors, while in others the sides settled on little more than arrangements to recover bodies.

The script is based on the actual letters of men from various regiments, brigades and infantries who lived it. Along with commentary on the incredible events of that Christmas Eve in 1914, the letters also describe, in vivid detail, the enthusiasm of the young soldiers as they leave for the war, evocative descriptions of their surroundings, the thrill of receiving parcels from home, the devastating loss of friends, and the making of new ones across enemy lines — if only for a short time.

The songs that range from ballads, traditional folk songs, patriotic songs and Christmas carols include, Will Ye Go to Flanders, a Scottish folk song, Pack up you Troubles, The Old Barbed Wire, an English traditional song, O Come, O Come Emmanuel, a 12th century chant, Wassail, a total of 23 songs in all, which were beautifully presented during a 60 minutes play that ran sans intermission.

My favorite Christmas hymn, which they also sang in three different languages, has always been Silent Night (Stille Nacht, heilige Nacht). It was composed in 1818 by Franz Xavier Gruber to lyrics by Joseph Mohr in the small town of Oberndorf bei Salzburg, Austria.

Silent Night was first performed on Christmas Eve 1818 at St Nicholas parish church in Oberndorf, a village on the Salzach River. Both performed the carol during the mass on the night of December 24.

In the lead up to Christmas 1914, there were several peace initiatives. The Open Christmas Letter was a public message for peace addressed To the Women of Germany and Austria, signed by a group of 101 British women suffragettes as the first Christmas of World War I approached.

Pope Benedict XV, on 7 December 1914, had begged for an official truce between the warring governments. He requested the guns may fall silent at least upon the night the angels sang. His attempts all fell on deaf ears and hardened hearts.

Roughly 100,000 British and German troops were involved in the unofficial cessations of hostility along the Western Front. The Germans placed candles on their trenches and on Christmas trees, then continued the celebration by singing Christmas carols.

The British responded by singing carols of their own. The two sides continued by shouting Christmas greetings to each other. Soon thereafter, there were excursions across No Man’s Land, where small gifts were exchanged, such as food, tobacco and alcohol, and souvenirs such as buttons and hats. The artillery in the region fell silent. The truce also allowed a breathing spell where burial parties could bring back across their battle lines recently killed soldiers could be brought back behind their lines.

Joyeux Noël or Merry Christmas) is a 2005 French film about the World War I Christmas truce of December 1914, depicted through the eyes of French, Scottish and German soldiers. It was written and directed by Christian Carion. It was screened out of competition at the 2005 Cannes Film Festival. The film was nominated for Best Foreign Language Film at the 78th Academy Awards. The film was one of Ian Richardson‘s last appearances before his death on 9 February 2007.

For me the moment of truth in the movie revolved around the drafted German soldier, a famous opera tenor Nikolaus Sprink and his Danish wife, soprano, Anna Sørensen. The unofficial truce begins when the Scots begin to sing festive songs and songs from home, accompanied by bagpipes. Sprink and Sørensen arrive in the German front-line and Sprink sings for his comrades. As Sprink sings Silent Night he is accompanied by a piper in the Scottish front-line. Sprink responds to the piper and exits his trench with a small Christmas tree singing Adeste Fideles. Following Sprink’s lead the French, German, and Scottish officers meet in no-man’s-land and agree on a cease-fire for the evening.

The Christmas Truce of 1914 was one of the last examples of the outdated notion of chivalry between enemies in warfare. The truce was short-lived as the high officials and generals wanted the killing to recommence. War was their business and death was their product. The slaughter resumed and did not stop until 16 millions human beings had perished in its bloody wake.

Future attempts at holiday ceasefires were quashed by officers’ threats of disciplinary action. This served as heartening proof of, however brief, that beneath the brutal clash of weapons, the soldiers’ essential humanity endured.

I said that this was only the second most ironic event in world history. This begs the question as to what was the first most ironic event. The answer has to be Good Friday that commemorates the crucifixion of Jesus Christ and his death on Calvary.

Mankind had executed the Prince of Peace. According to the Gospels, Jesus had come into the world, not to live but to die and in doing so, assume the sins of the world and expiate mankind from its original guilt. His death completed the circle that the silent night alluded to in 1914. 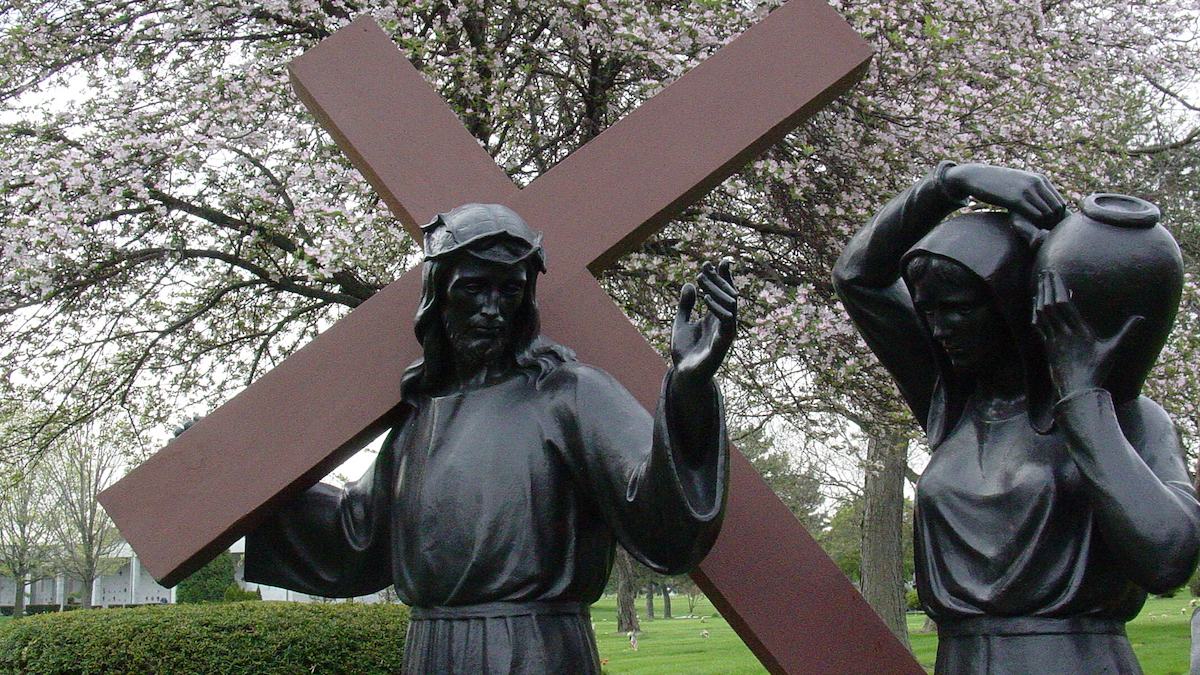