Truly Great in His Eyes
Share:FacebookTwitterLinkedInEmail

Truly Great in His Eyes

A minister serving as pastor for a small Protestant congregation was visited one afternoon by two missionaries from the local Evangelical church. The visitors boasted about how their religion was based on the promises of Jesus that His followers would handle deadly snakes and drink poison without being harmed, heal the sick, and receive miracles whenever they asked for one. “Does your church do that?” they asked. “If not, you need to join us.” The minister excused himself for a moment, then came back with a glass of water and said, “Gentlemen, I’ve just put some deadly poison in this glass of water. If you’ll drink it—and remain alive—I and my entire congregation will join your church. But if you refuse to drink it, I can only conclude that you are false missionaries who do not believe their Lord will save them.” This put the two visitors in a difficult position—what were they to do? They whispered to each other for a moment; then their eyes brightened as a solution came to them. The missionaries said to the minister, “Tell you what—we’ve got a plan: you drink the poison, and then we’ll raise you from the dead!” (William J. Bausch, More Telling Stories, Compelling Stories, p. 98).

These two false apostles were unknowingly imitating the proud and foolish example of James and John in the Gospel of Mark (10:35-45): they wanted a glorious outcome for themselves, but without having to make the sacrifices necessary to achieve it. If we are to be true disciples of Jesus, we must not put ourselves first, take the easy way out, or seek our own glory. Rather, we must demonstrate a willingness to serve God and our neighbor—for only in this way can the Lord use us to help bring about His Kingdom.

If we were writing the story of salvation, or creating our own religion, chances are we’d imagine a Savior who was all-powerful and all-conquering; everyone would be forced to acknowledge his authority, and those who resisted would be punished immediately and severely. All that might seem fair and logical to us—but it’s not God’s way. The Book of the Prophet Isaiah (53:10-11) foretold that “through his suffering [the Lord’s] servant shall justify many, and their guilt he shall bear.” Jesus came as a humble and suffering Messiah, one willing to offer His own life to save His people from sin. This is the cup Our Lord refers to in Mark’s Gospel, or the baptism He was about to receive: that of unjust condemnation and terrible affliction, even though He was innocent of all sin. That’s why, as the Letter to the Hebrews (4:14-16) tell us, Jesus our high priest can sympathize with us in our weakness, for, except for sin, He endured the fullness of the human condition. Our Lord knows from experience what it is to be pushed to the breaking point, but without giving in to doubt or despair. Such a profound and abiding faith can only be rooted in an attitude of self-giving love, not a desire for personal gain or glory rooted in selfishness and jealousy. It took the apostles a long while to learn this lesson, but once they did, they became holy and great—and the same thing can be true for us.

Pride, and the desire to be admired and honored, is a danger for everyone—especially for persons of authority in the Church. Many of the saints had to learn this lesson firsthand. For instance, when the 6th century abbot St. Colman became a bit too proud of his great intelligence and learning, God humbled him by allowing him to suffer from a temporary loss of memory. One of the most important bishops of the 4th century was St. Basil the Great. He received an excellent education as a young man, and when he came home, was filled with pride and self-importance. His sister Macrina, also a canonized saint, took him down a peg (something sisters can be very good at doing), and his new-found humility helped him become holy. Another 4th century saint, a hermit known as John the Dwarf because of his tiny size, told another hermit that he was going deeper in the desert to “live like an angel.” He then set off completely naked to prove that, in his deep commitment to prayer and penance, he was above such worldly considerations as food and clothing. However, one week later the other hermit heard a knock at the door of his hut, and asked, “Who is it?” “It’s John,” replied the now much-humbler future saint. “Let me in.” However, his brother hermit, sensing an opportunity to make an important point, responded, “You can’t be John; he’s an angel now, not a man,” and made John wait outside until the following morning before giving him food, clothing, and shelter.

When we seek our own glory, the way the apostles James and John were attempting to do, we are turning aside from God’s plan for us and allowing the devil to come in and corrupt our good deeds and sow his seeds of anger, confusion, and jealousy. This is the way of the world; as Jesus notes, “those who are recognized as rulers . . . lord it over [everyone], and their great ones make their authority over them felt.” We see so many examples of this in our society today, especially in the fields of government and politics, culture and entertainment, and business and finance. It’s easy for us to judge and resent self-important bureaucrats, millionaires, and celebrities, so many of whom act as if they’re better than everyone else—but we must make sure we’re not falling into the same trap, whether by bragging about ourselves, judging or gossiping about other people, resenting someone else’s success, envying people better off than we are, excessively complaining about our problems, focusing on the things that annoy us, wanting our own way in everything, monopolizing conversations, always needing to be the center of attention, or giving into pride or vanity in any other manner.

The biggest favor we can do for ourselves is to make use of our opportunities to serve other people in God’s Name, while trying to live in a spirit of humility and gratitude. This not only neutralizes some of satan’s most dangerous attacks and temptations, but also makes it easier for us to recognize, receive, and rejoice in God’s favor and blessings. James, John, and the other apostles—except for Judas—eventually learned this lesson, and aided by God’s grace, became truly holy and helped change the course of history. Unlike them, we don’t have to drink poison, handle deadly snakes, heal the sick, raise the dead, or work other miracles—but we do have to humbly place ourselves in the Lord’s hands, listening for His call and responding with all our hearts. This is the only way to follow in Jesus’ footsteps and to become truly great in His eyes. 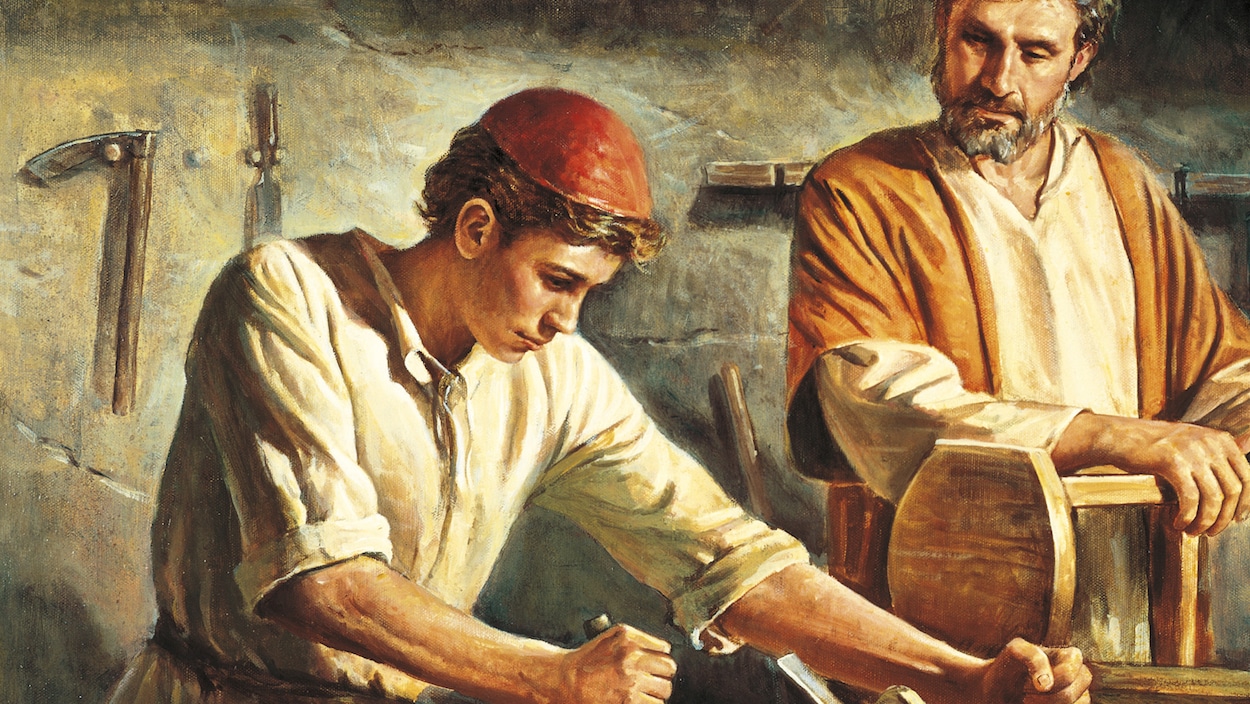 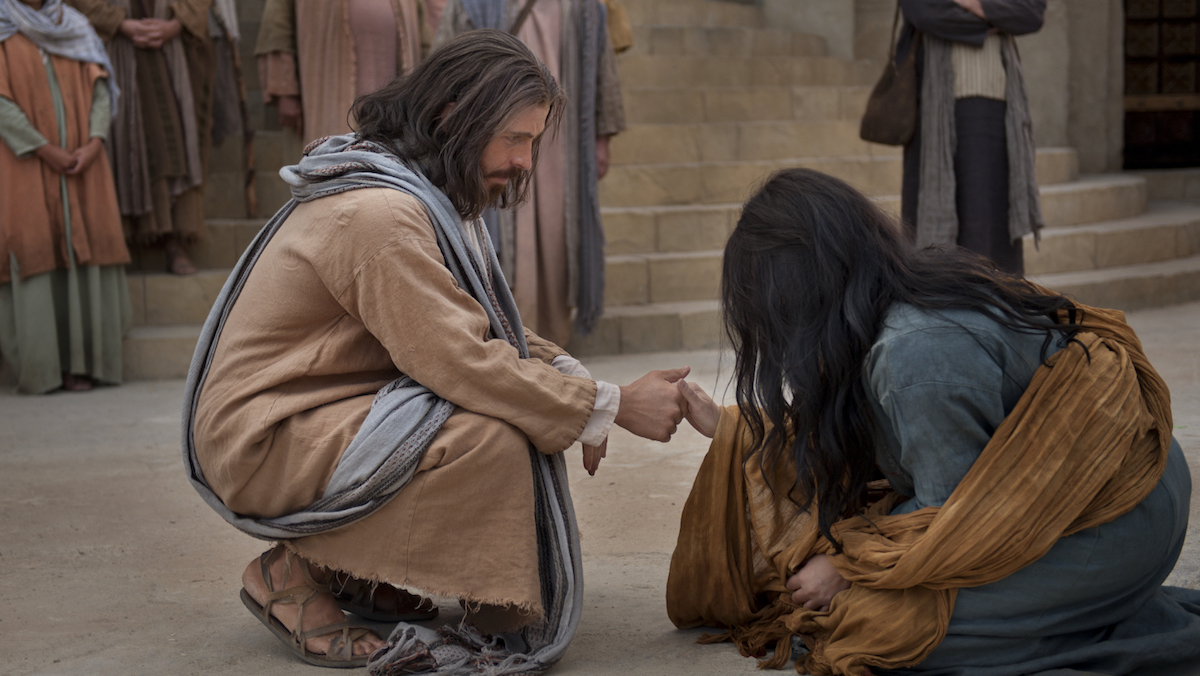